back to News and Blogs 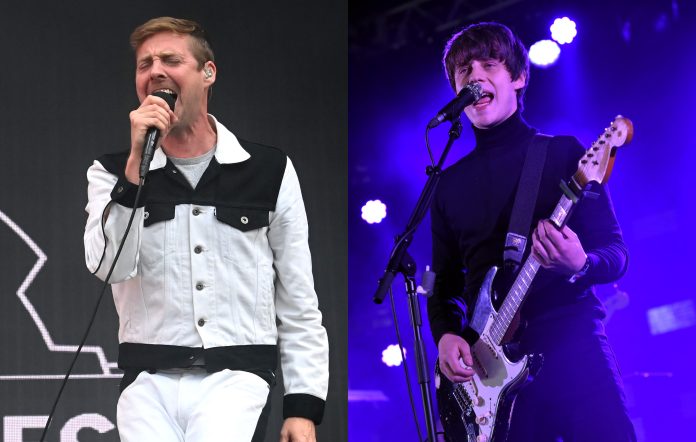 The new festival has a key focus on charity and will support two organisations this year.

Kaiser Chiefs and Jake Bugg are set to headline At Ease, a brand new festival that will be held in Suffolk this summer.

The event takes place between August 26-28 and will be staged in Thetford’s Euston Park. It will raise money for two charities: Sporting Force and My Black Dog.

Kaiser Chiefs and Jake Bugg will top the bill over the weekend, and will be joined by Happy Mondays, Natalie Imbruglia, The Bootleg Beatles, Noasis, Abba Gold and many more.

Tickets for the festival go on sale at 9am this Friday (February 25) and will be available to purchase here. Dog tickets will also be available to buy, alongside the more typical range of passes. In a press release, Tommy Lowther, the founder of one of At Ease’s charity partners Sporting Force, said:

"Sporting Force is a charity to help ex-servicemen, women and their families into work, volunteering, education and social events within the professional sports sector. We help hundreds of veterans every year and it is only possible to do so with kind donations from the public. At Ease festival will not only show ex-military personnel what support agencies are available but will also promote the charity so as to reach more veterans who may be struggling".

"My Black Dog is an online peer-to-peer support service for people struggling with their mental health. During the pandemic, we saw a 2030 per cent increase in people using our service and last year we saw double the number of users from the previous year. At Ease is an incredibly important platform for us to be able to raise awareness about My Black Dog and to reach those people who are struggling through dark days. It is a much-needed opportunity to raise vital funds and support our continuing growth.".

Kaiser Chiefs have been working on new material, which could potentially be previewed this festival season. The Yorkshire band revealed last year that they had been in the studio with Chic’s Nile Rodgers.

At the time, frontman Ricky Wilson said fans would "probably hear something from those sessions in spring".

We are an online mental health charity. We are not doctors or therapists, not counsellors or psychiatrists, we are mental health volunteers who understand; people who have ALL experienced mental health issues.
donate now

info@myblackdog.co
Registered Charity Number 1182690
Privacy policy
Designed and built by nomoredesign Ltd.
Thank you! Your submission has been received!
Oops! Something went wrong while submitting the form.
Our story